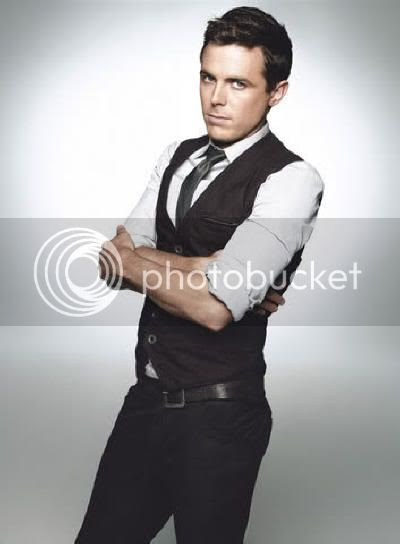 The great thing about doing an Atom fan casting is a) there will never be an Atom movie to ruin the fantasy and b) there won't even be another Atom movie fan casting to dispute my selections. I will of course have to update this in about ten years, but otherwise it should hold up pretty well for a while.

So yeah, I chose Casey Affleck as Ray Palmer. I wanted someone who was kind of handsome and heroic, but also offbeat and believable as a physicist turned shrinking super-hero. At 5'9", I don't see the smaller Affleck brother getting another hero gig, but he's got a decent build and the right kind of personality to be both low key and suitably stoic as needed. I looked at some younger guys and some British guys, but Affleck just felt right. Most of my other selections were bigger and more charismatic, but part of what I like about Affleck is that he's reserved and genuine. I can buy him as a brain, but I can also see him stabbing little yellow different barbarians with a broadsword if it should come to that. Finally, I think you would root for Affleck, even if he swaggered and had a bit of arrogance like I think Palmer should, but without it being ostentatious like brother Ben. Yeah, Casey Affleck. Works for me.

Posted by Diabolu Frank at 1:37 AM

Wow, I didn't even know Ben Affleck had a younger brother!

This is a great choice. He's got the right look, I could see him being bookish, and short is a definite plus.

And don't worry! You may yet have a chance for your fantasies to be crushed! The Atom might show up in the live action Justice League movie. There's always hope!