In an amusing twist on the usual gender biases, the heroines in artist Craig Bostick's series of poker card pieces are allowed to be respectfully shapely and feminine, but the fellows are all rather under-formed and oblong (as a stylistic choice.) Our Ray Palmer looks more like a pillbug than a Mighty Mite. It surely couldn't have been marriage to career woman Jean Loring, as I sincerely doubt she improved his odds of a home cooked meal. I kid, as this is an adorable retro take on the Tony Titan.

Posted by Diabolu Frank at 3:32 AM 0 comments 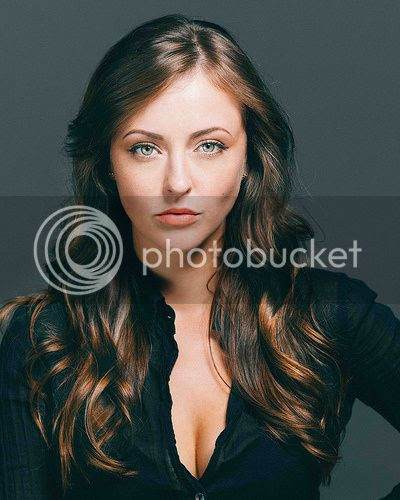 At my Martian Manhunter blog, I'm celebrating the fifty(-first) anniversary of the debut of the Alien Atlas' otherdimensional pet Zook, so I thought this round of casting should be devoted to sidekicks. However, the Atom never had much of a relationship with other bearers of the name... no precocious nephews... not even a legitimate canonical pet. That's probably why the partnership with Hawkman was played up so much, since Katar had what, Golden Eagle? Anyway, even though I haven't cast Captain Atom yet (Earth-8 notwithstanding,) at least he had Nightshade kicking butt with him late in the Charlton run. I had my sidekick in Eve Eden (whose name you should not google at work, thanks to the '60s nudie pin-up girl!)

Nightshade is a true Nobody’s Favorite. She appeared in the last half dozen Silver Age Captain Atom stories as his massively underpowered aid. Despite being drawn by the likes of Steve Ditko and Jim Aparo, she never had much of a following even among Charlton aficionados. DC Comics revived her as one of the longest serving yet least memorable members of the Suicide Squad, and she was basically just the less crazy/interesting girl in the Shadowpact. Even on the off chance that a modern fangirl wasn't being served by the plethora of other non/modestly powered female urban vigilantes, Nightshade even had a more popular direct analogue in Silk Spectre from the (overly) revered Watchmen. 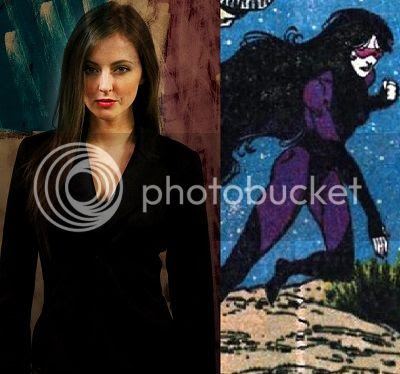 All that having been said, I've always seen potential in Nightshade across her many incarnations, if only a creator could take her unique qualities and add some good old fashioned pizazz to the mix. I've been a fan of Katharine Isabelle since Ginger Snaps, and was recently reminded of her blunted, caustic, simmering personality by American Mary. This was a case where I was looking for a role for the actress, stumbled upon Nightshade, and realized what a potentially scintillating synergy could be wrought from combining the two. I do think Isabelle is probably more of a purple & black with New Wave specs type of Nightshade, though.

Posted by Diabolu Frank at 2:55 AM 2 comments