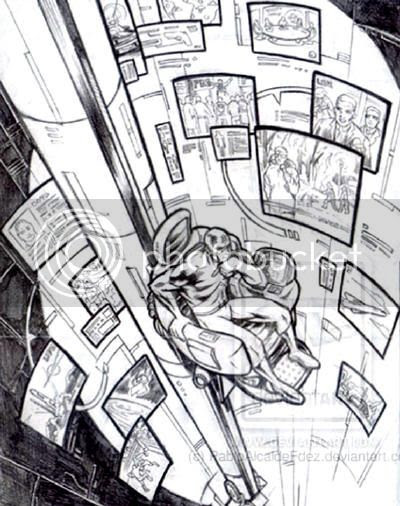 It isn't unusual for an artist to put together sample pages of a story to show to publishers in hopes of getting work. The Justice League of America also offers an opportunity to juggle a variety of characters, power sets and locations. The uncommon tweak here is that the JLA consists of Superman, Batman, Wonder Woman, Green Lantern (John Stewart,) the Flash, Aquaman... and the Atom filling Martian Manhunter's usual seat in the Monitor Womb as Plastic Man pesters him. Pretty neat huh? It's only three pages, so you can click through them pretty swiftly...
I like this guy's stuff, and recommend the following artist spotlight tour... 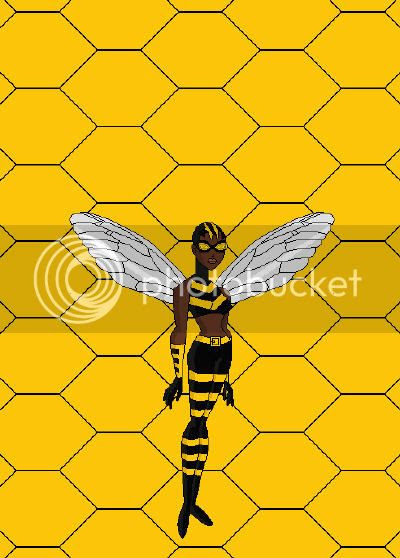 
Karen Beecher-Duncan was one of the heroes that joined Donna Troy on her mission during the Infinite Crisis. While away the heroes were caught in a Zeta beam that hit a spacial rift, the rift caused Karen's mass to transfer to Hawkgirl, making Hawkgirl giant and Karen 6 inches. With help from Victor Stone, her friend and fellow former Titan Hawkgirl and Karen were returned to their original statures, but the experience made Karen want to experiment. Karen using her team at S.TA.R. Labs one of which being Eddie Whit. The team developed nanite technology using dwarf star research from Ray Palmer, the Atom. Karen developed a set of nanites to resemble bees and when activated swarmed her body forming her costume including the two yellow streaks in her hair and allows her to mentally control her height changing abilities. Part of her new costume has armbands that Karen has outfited to emit sonnic blasts that she calls her Stingers. Karen and her husband Mal tend to stay behind the scenes but will not hesitate to suit up and join the fray. Karen is also a member of the extended Birds of Prey roster.

I snickered at Bumblebee in her original Teen Titans incarnation, but came to appreciate her as a tragic figure with a broken marriage following 52. I'd keep her status quo in and allegiance to the Giffen/Clark Doom Patrol, though I agree that incorporating nanites and more offensive capabilities would be a plus. I have reservations about bringing Ray Palmer in to invent stuff for her, since I think making him the "brains" both diminishes Karen and creates an Ant-Man/Wasp analogue. However, if Karen is stuck at sixish inches, it only makes sense that she might pursue Ray or the new Doll Man romantically. A possible extension would be for Karen to be jilted and become a resentful frienemy. Now that could be an interesting dynamic!

The Hawkman & The Atom Family mixer continues this week with Nephilim of Hawkworld @ Being Carter Hall
Posted by Diabolu Frank at 12:00 AM 0 comments 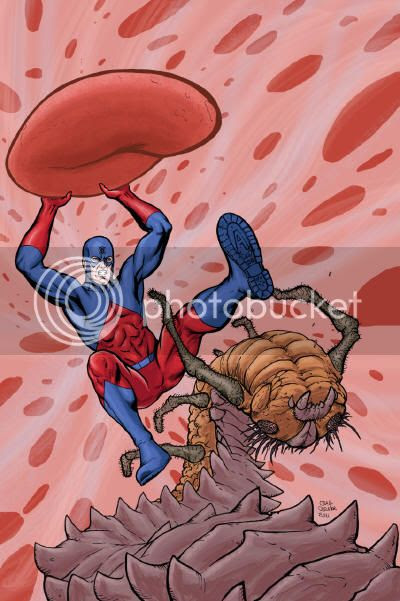 Craig Cermak has a lot of love for the Atom and Charlton characters, so don't be surprised if he keeps turning up here. This one is really something! I'd love to see Cermak take on the Tiny Titan in an ongoing series.

"The Atom, or at least the Silver Age Atom… no idea what his new re-design will look like so I went with the classic look. Had fun working on this but it’s pretty late so I’m leaving it loose and incomplete for the time being.

Posted by Diabolu Frank at 1:47 AM 1 comments