2011 Marvel Two-in-One: The Lost Issues: The Thing and The Justice League of America 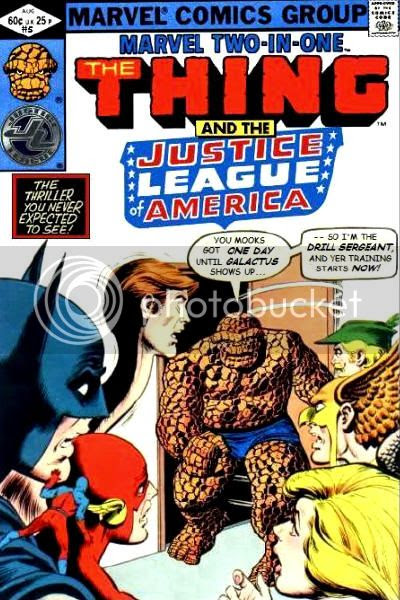 Okay, so the blogger known only as Ross had The Brave and the Bold: The Lost Issues, "Featuring Batman and the greatest stars from DC, Marvel and beyond! All covers are created with MS Paint." With it he created fake comic covers such as Doctor Mid-Nite & The Golden Age Atom joining the Dark Knight Detective for an adventure. When Ross burned out on that, he moved on to Marvel Two-In-One: The Lost Issues. "That's right, The great Ben Grimm will be taking on hosting duties," tackling titanic team-ups like The Thing and Tiny Titans. Ross has since moved on to broaden his spectrum, but I've actually got one more meeting with the Mighty Mite and that Ever-Lovin' Blue-Eyed so-and-so to link to next time... 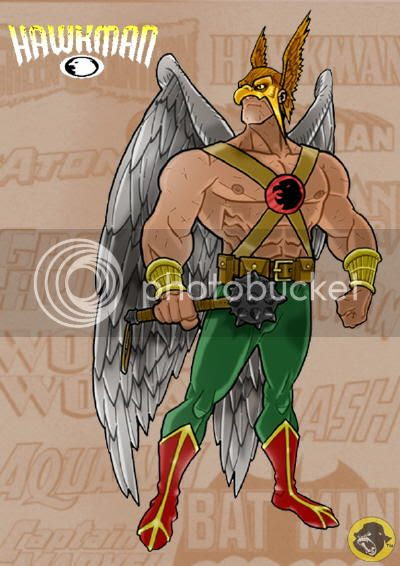 Posted by Diabolu Frank at 2:31 AM 0 comments

2013 Hawkgirl “We Can Be Heroes: Spirit” silhouette by Steve Garcia 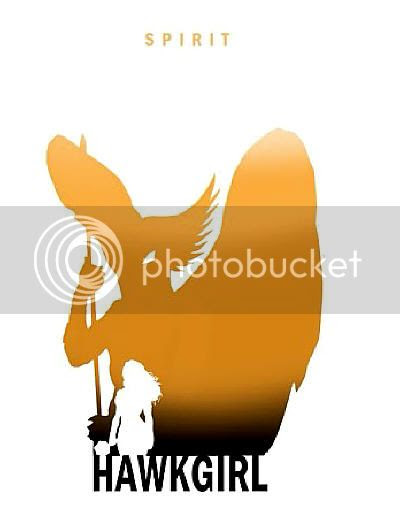 “For every hero, there comes a day. A day when they step forward. A day when talk turns to action. Over 8 million people have had their lives affected by the hunger crisis in the Horn of Africa. It’s bad. And it hasn’t been this bad in over 60 years.

All of us at DC Entertainment are joining with Batman and the Justice League and making a stand. Today is the day we fight.”

“We Can Be Heroes” 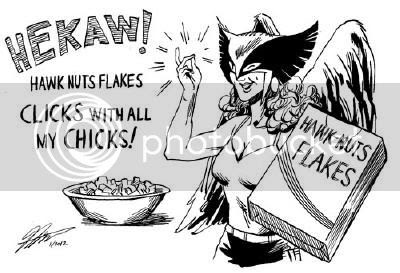