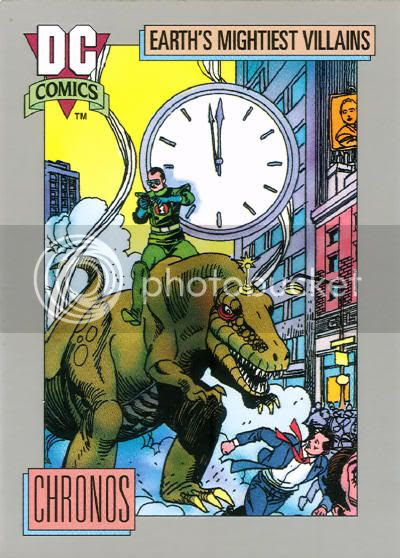 Ah, the first ever DC Universe spanning trading card set, meant to ape the far more popular Marvel Comics set, right down to the hideously drab gray borders. I believe they were originally going to be metallic ink, but somebody went cheap, to the horror of all. Chronos here was given the gift of Kane, but Gil didn't seem to grasp the concept of trading card art. Instead of supplying a spotlight figure, you can see he went all out with the giant clock and the street scene with fleeing bystanders and Chronos riding a dinosaur that could receive UHF signals (loved Land of the Lost, hated Minilla.) Clearly Kane's art was cropped all to hell, and the image reduction surely lost some detail. Is it just me, or did Kane "sign" his work by putting himself on that billboard? 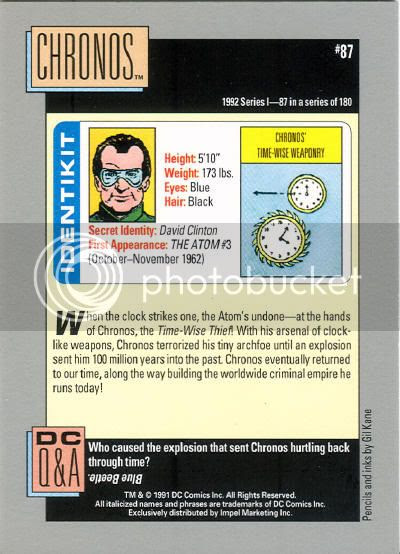 Posted by Diabolu Frank at 9:41 AM