The search for Ray Palmer... blogging. 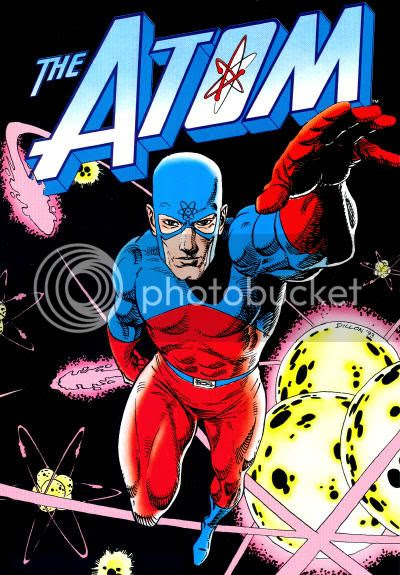 Friday, October 13, 2006
Rob Kelly started The Aquaman Shrine, a daily blog about a DC Comics super-hero who talks to fish.

Saturday, September 1, 2007
Frank Lee Delano ripped off The Aquaman Shrine's basic format, applying it to an even less interesting DC Comics super-hero, who acts as a cell phone between Justice League of America members when he's not too boring to live.

Monday, November 19, 2007
Damian Maffei also ripped off The Aquaman Shrine's basic format, but applied it to a DC Comics character billed as "The World's Smallest Super-Hero!" That misapplied exclamation mark managed to appear on dozens of comic book covers and some other merchandise.

Friday, January 1, 2010
After getting the consent of Maffei and with numerous ulterior motives not limited to being sick of seeing the same "Hombre Atomico card" for nearly two freakin' years, Delano resurrects the Atom blog at a new address.

Fact: Delano's main blog is titled The Idol-Head of Diabolu, a blog for J'Onn J'Onzz, the Manhunter from Mars. He's reviving The Tiny Titan. Clearly, there's a difference in writing styles, so adjustments will have to be made.

Introduction: I'm going to try to write in a lighter, more humorous style along the lines of Damian Maffei, but I'm a human being with my own thoughts and feelings, so don't try to make me be somebody I'm not! Since Damian later branched out into fellow D-List DC Heroes like Hawkman (a close Atom associate) and Red Tornado ('cause Damian had crappy taste,) I'll do that too (even for Mr. Miracle, who no one on Earth ever liked all that much.) I'm less concise than Damian, so my posts will be longer, and I run multiple blogs, so my output will be more sporadic.  Stop by once a week or so, and we'll bring you a six-inch atomic punch of posting, or y'know, just slip innuendo your way.
Posted by Diabolu Frank at 6:24 PM