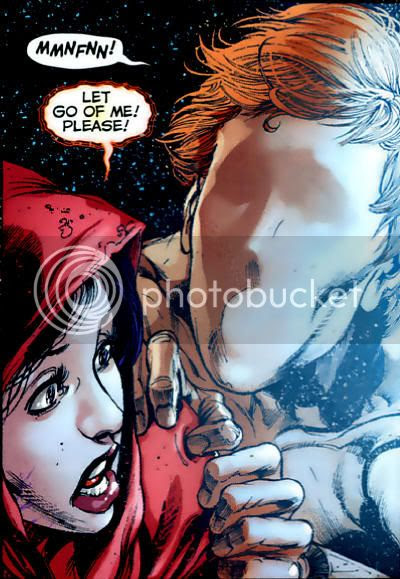 At the Rock of Eternity, a trio of the "greatest transgressors mankind has ever known" were tried. One was a leanly muscular Caucasian male with reddish-blonde hair and numerous bodily scars. "I will not beg, wizards. I defy the authority you claim! Do what you wish to me! But if you do not kill me, I will rise to power again! And you will fear my name as does the world!" Or not, since the beings made this guy forget his own name, along with everyone else. Further, they stripped him of his face, turning it into a mass of flesh. "You will forever question your identity and forever search for answers you will never find."

I really have to applaud DC for giving away a free comic book featuring their biggest names. Shame it was so cheesy. The first four pages were drawn by Ivan Reis. We learned that the Phantom Stranger is probably Judas, that the Question is most likely now a mystical being, and that the actual Pandora is the mysterious anti-heroine who was shoehorned into all the New 52 #1s. Together, they form the "Trinity of Sin." These are all still terrible ideas. Having 8th century B.C. Pandora being tried alongside thirtysomething A.D. Judas and Rorschach by a bunch of Crossgen sigil-bearers does not impress. Was the historian consulted named Kirk Cameron by any chance?

Kenneth Rocafort drew pages 5-6, and I wish that he hadn't happened, because I didn't like looking at them. They were preoccupied with trying to convince folks that Cyborg is a worthy addition to the JLA. Not likely. Then there's this thing with five pages of Gene Ha art involving Steve Trevor and Pandora's Box, except the box is a skull. Whatever. 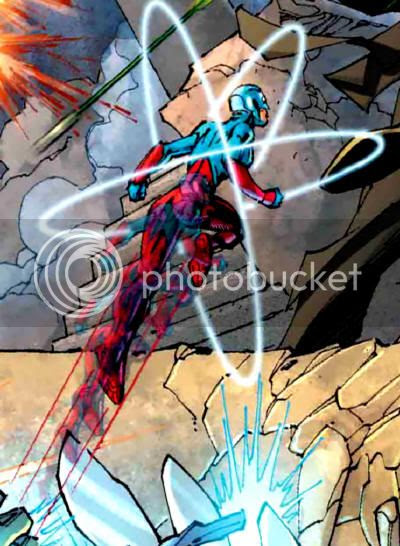 Finally, there was a flash forward to the future drawn by Jim Lee, which was so disconnected from the main narrative that you know this is literally pages Jim Lee has already drawn for a script a year in advance because he doesn't want to blow his deadline (spoiler: he'll blow his deadline.) I've been over Jim Lee a damned long time now, and dual gatefold battle scenes that are sparsely populated by action figures amidst lazy props/backgrounds (wooo, nondescript pillars and rubble) had a lot to do with that. It foreshadows "The Trinity War," which is about how the Puerto Rican Vibe (?), the African American Green Lantern, and the Asian (?) female (?) Atom aren't as good as their Caucasian betters, while hurling unjust accusations at the Anglo-Saxons Supreme. Oh, and Cyborg (eyes roll...) I'm not sure who is on which side, but Black Adam, Deadman, the Flash, Aquaman, Mera, Wonder Woman, Element Woman, Batman, Green Arrow and Hawkman were also present.

Twelve pages of back matter reprints incomprehensible excerpts from the New 52 Wave Two titles ordered at a fraction of the levels of Wave One books. Even Captain Atom.

Posted by Diabolu Frank at 1:24 AM

Its deeply upsetting to me to see cyborg in the new team instead of the Atom.
As second stringers I would like to see geo force,black lightning,orion & lightray

I don't have a problem with the Atom being out of the JLA, but DC needs another place to put characters with respect, longevity and quality power sets.

Wow, this is worse than I thought....who sits at an editorial meeting and throws out an idea like, "Hey, let's make The Question a mystical being doomed to wander Earth not knowing his identity!" Huh? I don't know whether to laugh or cry.

Phantom Stranger as Judas...I just...yeah, words fail me. For so many reasons.

Why this push for Cyborg? He's got to be a pet character of someone high up.

Geoff Johns is a Cyborg fan, and Dan Didio is big on diversity. Good for Dan, but we can all do better than Cyborg.