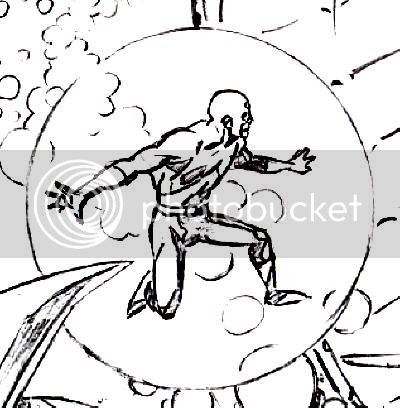 An outstanding piece with such few, specific, and underappreciated characters, you know Buckingham must have love for Aquaman and the Atom (and maybe their various team-up stories?)

Also, here's an extra by Gordon Purcell featuring a Flash/Superman race covered by Jimmy Olsen (with the Atom on his shoulder!) Most of the super-spectators are teeny, but they include Hawkman, Hawkgirl, Red Tornado, Plastic Man, Green Lantern, Batman, Black Canary, Aquaman, Booster Gold, Doctor Fate, Firestorm and the Manhunter from Mars. 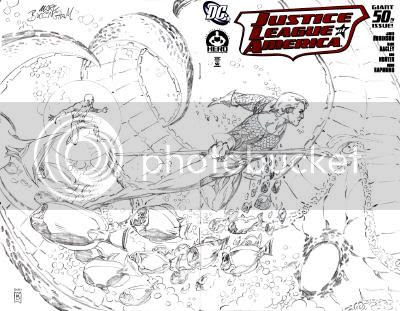 Special thanks to Firestorm Fan for the notice!
Posted by Diabolu Frank at 12:00 AM