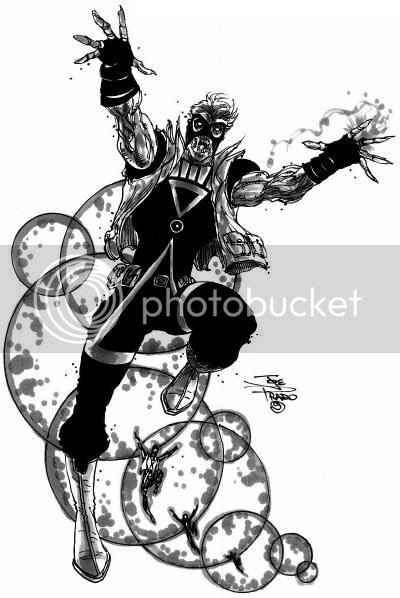 Call me dense, but I only just now realized that Ray Palmer got his stupid Marty McFly life preserver Teen Titans combat vest from Adam Cray. I'm not sure when the hell I became aware of this MacGuffin's existence, but he was cemented as a footnote in my mind through the first '90s Atom Special. Let's face it, this dude came to be because John Ostrander wanted a shocking death in the last days of his Suicide Squad series, and whether he was designed as a red herring or it was a retro-continuity shell game along the lines if Armageddon 2001, the guy was born to die. I find him silly in his attempted commando coolness, and sillier that he only shows up to point out that people found an Atom pseudo-guest stint more entertaining than any solo run the guy's tried to carry since Sword of the Atom