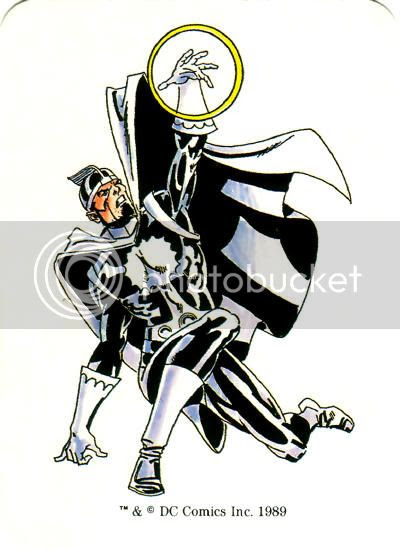 I don't know what's going on with the contorted pose and the resting of all the villain's weight on that one double-jointed pinky, but I'm pretty sure it's a deviant sex thing. Arthur Light is a creep like that. You can tell by the utterly gratuitous pudding stabber on his chinny-chin-chin. That white splatter from his crotch to his chest? Not a firework.

I've been trying to figure out if Dr. Light is more of an Atom or Martian Manhunter villain. Let me take a quick look:

In that silly '90s retro crossover The Silver Age, Dr. Light swapped bodies with the Martian Manhunter and wrecked havoc in Robby Reed's town. Light also represented J'Onn J'Onzz's devoted villain there, as the Atom was represented by Chronos. This likely riffed off a 1968 cover where Martian Manhunter was hemispherically conjoined to Dr. Light (the Atom with Jason Woodrue.) The Alien Atlas also fought Light in the doctor's first appearance with the JLofA two issues before the Atom joined. Most importantly, Light helped kill the Martian Manhunter in Final Night, and was himself executed by the Spectre as punishment for his involvement. 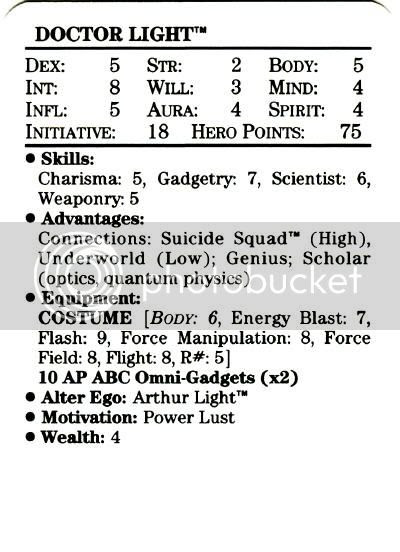 The Atom fought Dr. Light in his eighth issue in 1963. The following year Light fought Hal Jordan in Green Lantern. I never read the '90s Circle of Fire special with Green Lantern & the Atom, but I'll award them each a point, just in case. Dr. Light also fought Hal in an issue of Wanted: The World's Most Dangerous Villains. Say, Dr. Light fought Hal Jordan several times in the Bronze Age, and then he fought Kyle Rayner a bunch of times in the Chromium Age, including a 3D special. Heck, Light was even Green Lantern's parallel villain in the JLA epic Rock of Ages.

Come to think of it, Dr. Light fought the Titans a bunch of times, and most of his early appearances were against the JLofA. I'm sure Elongated Man would consider Light an archnemesis, with that whole wife raping thing. Heck, nobody but Green Arrow has ever fought Light for a storyline extending six straight issues.

You know what? I don't think anybody can really claim Dr. Light as "theirs." He's been a free agent pretty much since the beginning, and there are a bunch of characters who have a way stronger claim than the Atom. I guess Dr. Light's lighting a candle for this day of "Mayfairstivus" also marks his official departure from the Atom blog. It's a shame, because the Atom, and this is a truly sorry statement, needs a rogues gallery even more than Martian Manhunter or Green Arrow. That poor little bastard.