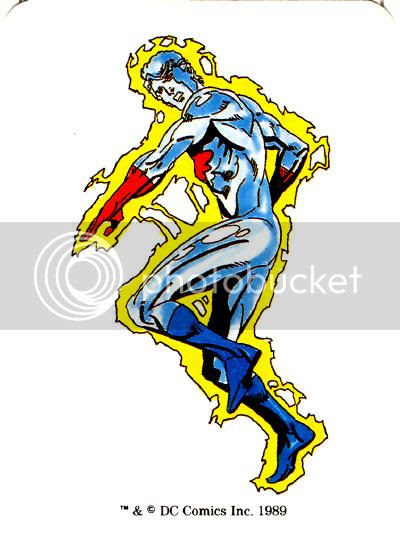 Right off the bat, what were they thinking with that pose? Is he supposed to be doing the Batusi? Mashed potato? The swim? Shake ya tail feather!

Moving right along, Mayfair was clearly damned impressed with Captain Atom. There must have been a meeting to figure out somebody who could give Superman's insane stats some challenge in this game, and Nathaniel Adam became one of those proud few. I don't recall raw physical strength being a major concern in the contemporaneous series that revised the character, and yet he's assigned a 22, making him two tiers above Martian Manhunter/Lobo/Wonder Woman, one above Captain Atom, and one below the Man of Steel. By contrast, his Body is rather low, considering part of his origin involved getting nuked. 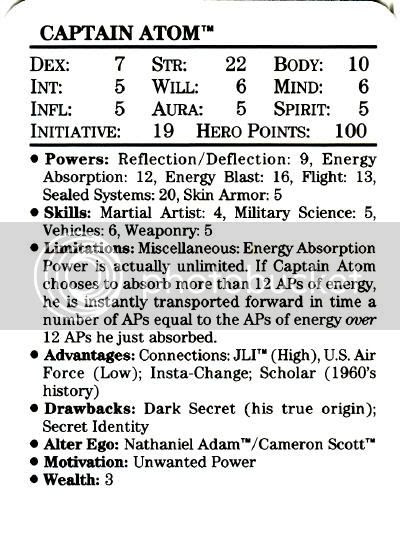 I don't have any major concerns with these numbers beyond that. Captain Atom has enough juice to hassle a Green Lantern or take on Firestorm, his nearest rival. The nutzo strength is impressive, but Captain Marvel's speed largely negates it, while Martian Manhunter has better Body. Atom would have a tough time hitting Wonder Woman, and Superman would still obliterate him. Captain Atom's good, but not excessively so.