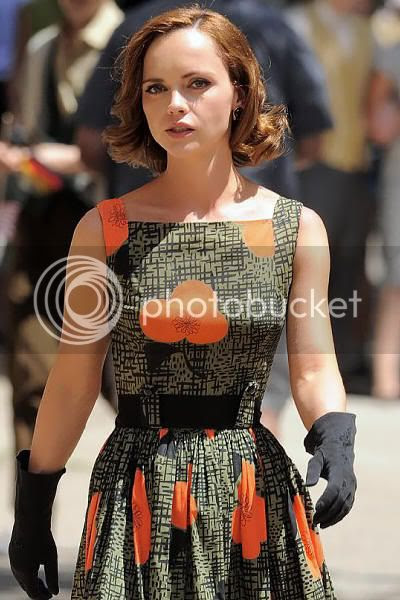 My initial reaction to the thought of casting Jean Loring was to just pick the sexiest ice queen that came to mind within an "Atom" budget. Megan Fox fits that bill for most, but I ruled her out quick. Jean is a sharp lady, where Fox isn't even smart enough to have kept her meal ticket role in the Transformers franchise. Back in the day, someone like Lara Flynn Boyle might have worked, but I don't think she could have pulled off the bat-guano crazy needed for the part without getting silly. The more I thought about it, the more demanding the part became. That suited Loring, who laid down the law in the courtroom and at home with a sharp tongue, was a homicidal maniac on her worst days, yet still could be irresistibly attractive and intellectually accomplished enough to keep Ray Palmer coming back for more abuse. Even if it meant opening the purse a little wider, Jean had to be a home run, and who better than Christina Ricci? Her resume is littered with ball-busters, goths, whack-jobs, intellectuals and sex goddesses, plus Pan Am proved that she could rock a pillbox hat. Finally, she's a little thing, which is probably why she ended up making out with 5'9" Casey Affleck in 200 Cigarettes. I cast him as Ray already, and barring the power of the subconscious, arrived at the repairing completely by chance. How about that?

Posted by Diabolu Frank at 2:00 AM